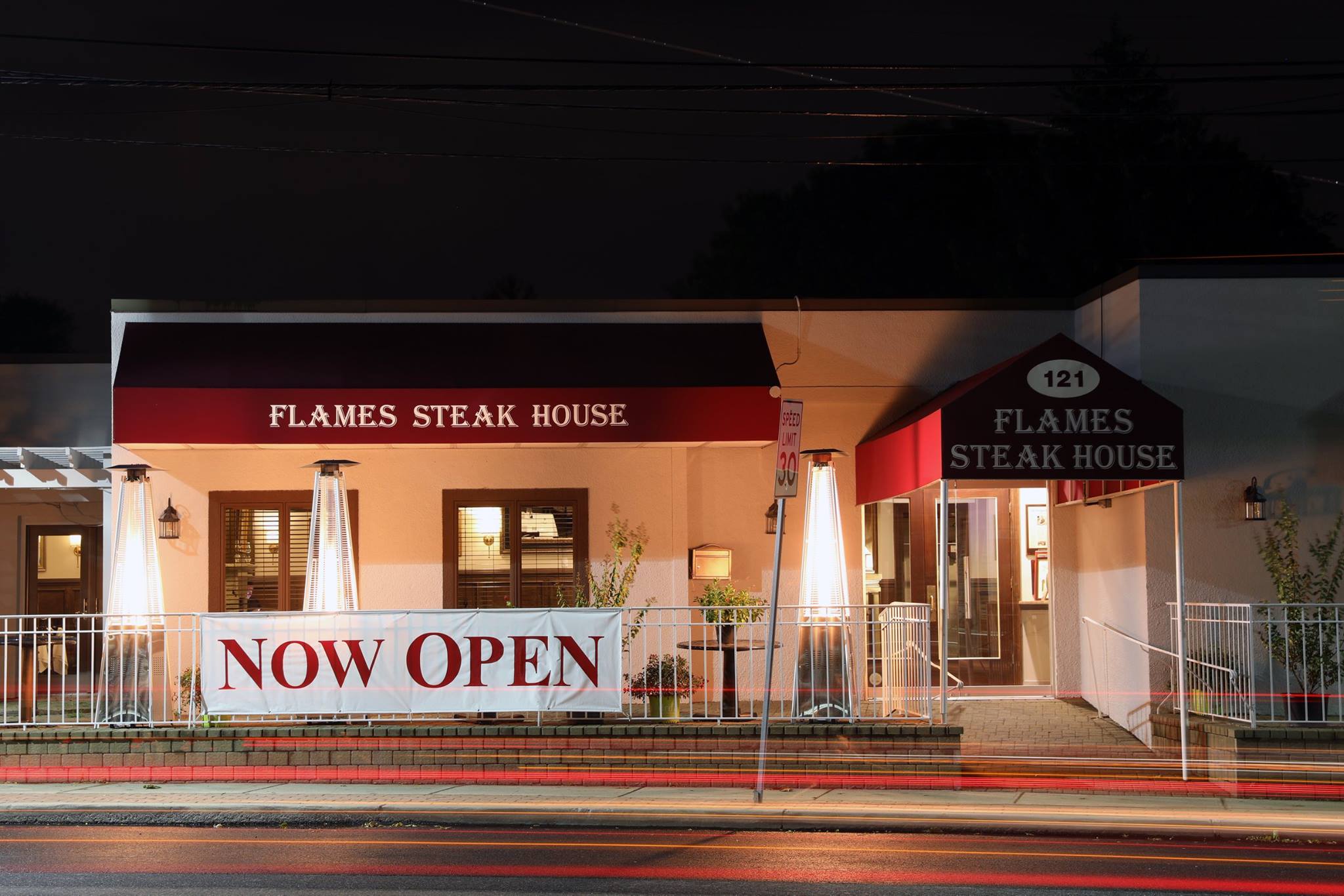 Elmsford isn’t necessarily the epitome of a “dining destination,” but that doesn’t mean a worthwhile meal can’t be had in the approximately 5,000-person village — especially if you’re a lover of all things chops, racks, and fillets.

Nikolla Vulaj is the beating heart behind the reopened Flames Steakhouse in Elmsford, from butchering his cuts in-house and making from-scratch desserts and pastas (pappardelle, fettuccine, gnocchi, cavatelli) to placing Wagyu orders from Japan to dry-aging cuts in his 36–40°F aging room. There’s often $40,000–$45,000 worth of product in the approximately 400 sq ft room; it takes about three to four weeks for a given cut to be ready. “I know when by feeling it,” explains Vulaj.

The 90-seat restaurant is in the space that once held Capatosta Trattoria, and prior to that, A’Mangiare (the original Flames location in Briarcliff Manor opened in 1992 but closed after more than 23 years, when Vulaj battled an illness; it’s now under new ownership and known as Flames Bar and Grill).

What is Vulaj’s secret to running a successful restaurant for so many years?

“I’m hands-on, starting at 10 a.m. each day,” says Vulaj. “For every delivery, I’m picking the products and sending back anything of inferior quality.”

The steaks at the new Flames have been upgraded from USDA Prime to USDA dry-aged CAB Prime. Also, the number of Italian dishes has expanded and there are more high-end wine offerings, such as first-growth Bordeauxs, high-end Super Tuscans, Amarones, and Caymus Special Selections.

According to Vulaj, about 60 percent of his customers are holdovers from the location in Briarcliff; they come from towns such as Tarrytown, Eastchester, and Greenwich.

“My restaurant is my baby,” adds Vulaj. “I handle it delicately.”